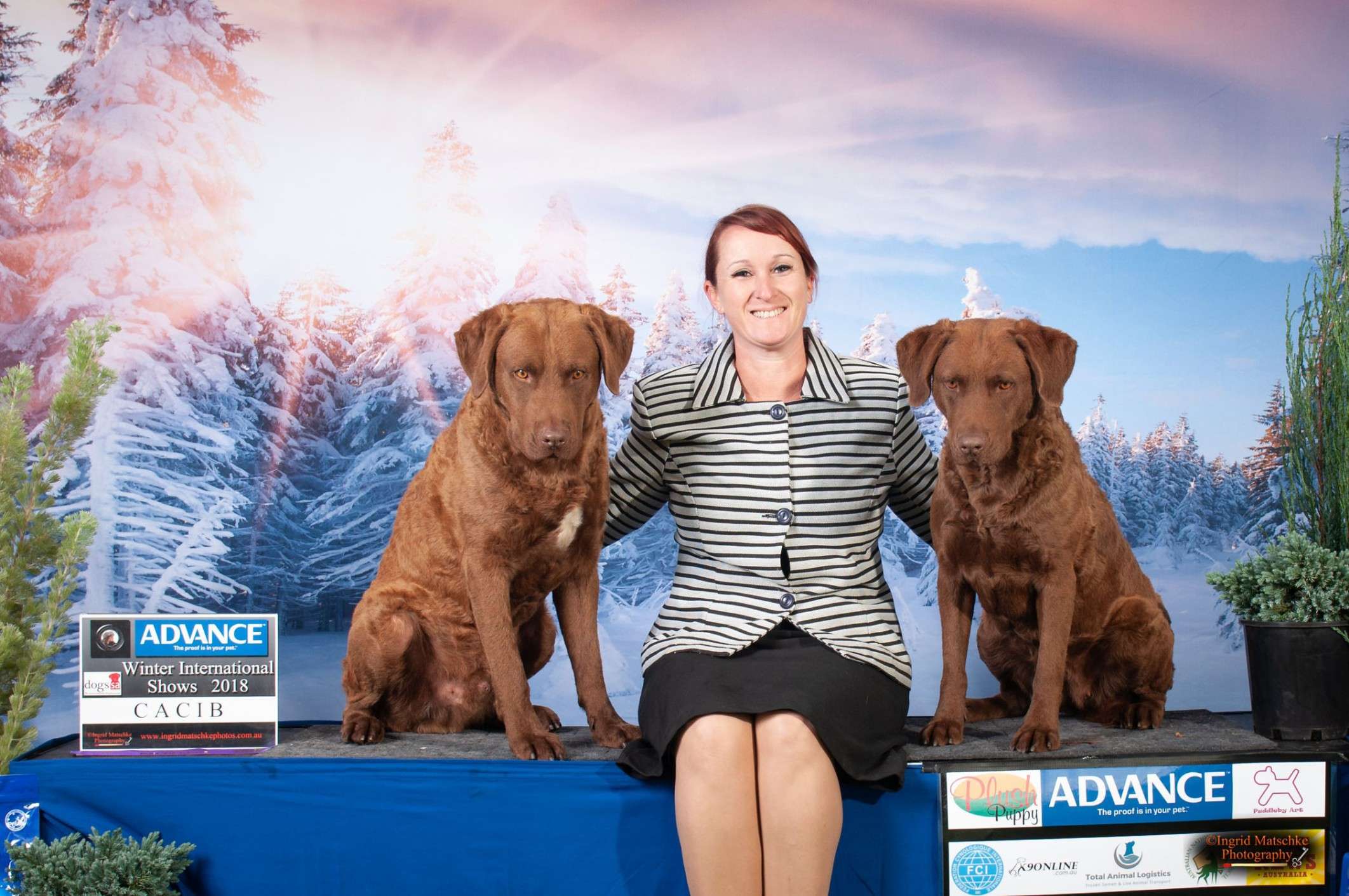 In 2014, while completing my Gundog judging license, I fell in love with the Chesapeake Bay Retriever.

Not long after "Hanna" and "Harvey" came into my life.

I love having these wonderful Retrievers on my show team.

After Hanna became a Grand Champion she retired, and we are now showing her two lovely kids BEST IN SHOW winner Bigsby (C.I.B. Supreme Ch Kabova The Wolf Among Us) and Cisco (C.I.B. Ch Kabova Dances With Wolves).

I look forward to sharing my life with a couple more Chessies in the future.

Historically used by area market hunters to retrieve waterfowl, it is primarily a family pet and hunting companion.

They are often known for their love of water and their ability to hunt.

The Chessie is a medium to large sized dog similar in appearance to the Labrador Retriever.

The Chesapeake have a wavy coat, rather than the Labrador's smooth coat.

They are described as having a bright and happy disposition, courage, willingness to work, alertness, intelligence, and a love of water.